I absolutely hear you!

This was me but at the time I was so desensitised to how stressed I actually was, I thought it was normal. I literally had no idea how screwed up my hormones were…I simply thought it was normal to have all of the above symptoms (and more), including PMT…as if somehow it was just par for the course of being a modern woman!! How wrong I was……

Having always been an activist for equality and a catalyst for change, I was in my early 30’s & in a senior position in the public sector (which although intensely aligned to my values, was stressful enough to burn anyone out!!) – I was constantly in my masculine energy to “succeed” with relentless action, ridiculous pressures and a toxic working environment. I was also undiagnosed ADHD at the time (although strongly aware I was, due to the nature of my work).

As if I didn’t have enough on my already overflowing  plate, I thought I might as well add motherhood into the mix……well, why not?! I was a high achieving woman, so was certain this would be a doddle….

I naïvely believed I could do it all and do it all well….pah! No one could have prepared me for the relentless balancing act of trying to be all things to all people…and the GUILT!! No one was winning in this situation. I felt trapped on the monotonous hamster wheel of life – toddler, baby, hubby, family, career, social life, …blah blah…and then chuck in all of the “shoulds” I (unknowingly, incorrectly) thought I needed to be doing for my health!? Enough was enough!

I was quite frankly burnout trying to keep all the balls in the air and my hormones let me know it. The problem was I just didn’t know what to do to help myself as I knew medication, including synthetic hormones, was not what I personally wanted or needed.

My hormones were literally screaming at me to STOP! The way I was living was not working for my mind or body; my lifestyle was literally making me sick. And I felt powerless to stop it, feeling totally out of control. At the time, my period had gone AWOL and it was not an issue to me at all – in fact it was one less thing to worry about…. oh, the irony……in reality this hypothalmic amenorrhea was a huge red flag to the state of my health, I just didn’t realise it.

Our menstrual health is a reflection of our overall health – our 5th vital sign –  & mine was a hot mess!!

My hypothalamic amenorrhea basically meant that my period had practically vanished due to stress.  And I wasn’t even concerned!

As I reflect back now, I wonder how many women are in the same boat, naively oblivious to what a huge warning sign this is……

I knew it was time to switch up the plan and try something new, as despite being a health nerd, I felt like crap. The green smoothies simply weren’t cutting it!  What I was doing was not working and my inner nerd I was determined to find out why…. 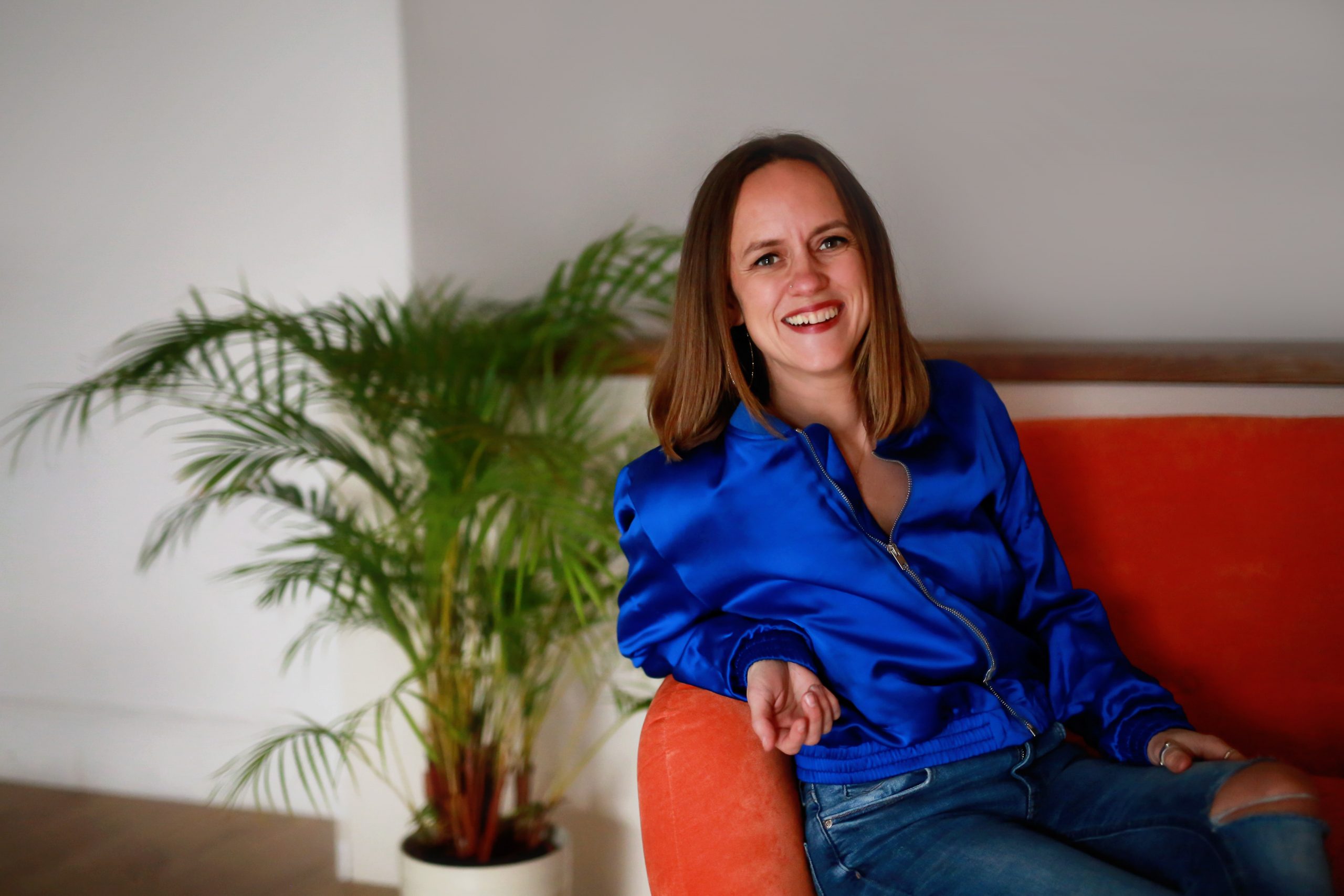 I took a leap of faith and set up a practice offering bespoke holistic therapies to women, to help balance their hormones, whilst I embarked on a journey of researching the magic formula of what women needed to feel good.

What I discovered would change my life – I was living in a way that works brilliantly for a man’s biology but literally breaks a woman’s.

THIS WAS THE MISSING KEY!! From this point onwards EVERYTHING changed.

The tools & techniques I used to heal myself on this journey are powerful and I believe every woman deserves to be empowered to have these in her own toolbox, in order to feel great.

The things I have learnt have changed my life; I sleep, have energy, no PMT, mood & blood sugars balanced with a regular cycle! Do I still experience stress? Of course!! BUT it doesn’t ruin my health.

For me, I eventually got my ADHD diagnosis as I could see that my hormones played a huge role in my experience of my traits. This understanding has been invaluable for my all round health & wellbeing.

I am so passionate about sharing all I have learnt with other women, that I have created a variety of offerings to help you find your own sweet spot in life, so that you can live a life you love. Imagine a life lived in harmonic flow rather than pushing relentlessly against the tide?

And best of all, what I teach is simple, although not always easy to do alone. BUT, once you embed what I teach you, EVERYTHING CHANGES – libido comes back, you sleep, you have energy, relationships improve, cognitive function, mood is balanced and you feel good.

I have a powerful vision of a world where women feel good and I believe this is very possible. The key to the secret lies in understanding our innate cyclical rhythms & a lifetsyle that supports women’s physiology. Once you learn to unlock this and reclaim your inner super powers, you can stop striving and start thriving.

So here I am sharing my story with you, in the hope that is inspires you to change your own story. If you are ready to feel good, I would love to hear from you.

Begin Your Journey to Balance

Join Us
We use cookies on our website to give you the most relevant experience by remembering your preferences and repeat visits. By clicking “Accept All”, you consent to the use of ALL the cookies. However, you may visit "Cookie Settings" to provide a controlled consent.
Cookie SettingsAccept All
Manage consent

This website uses cookies to improve your experience while you navigate through the website. Out of these, the cookies that are categorized as necessary are stored on your browser as they are essential for the working of basic functionalities of the website. We also use third-party cookies that help us analyze and understand how you use this website. These cookies will be stored in your browser only with your consent. You also have the option to opt-out of these cookies. But opting out of some of these cookies may affect your browsing experience.
Necessary Always Enabled
Necessary cookies are absolutely essential for the website to function properly. These cookies ensure basic functionalities and security features of the website, anonymously.
Functional
Functional cookies help to perform certain functionalities like sharing the content of the website on social media platforms, collect feedbacks, and other third-party features.
Performance
Performance cookies are used to understand and analyze the key performance indexes of the website which helps in delivering a better user experience for the visitors.
Analytics
Analytical cookies are used to understand how visitors interact with the website. These cookies help provide information on metrics the number of visitors, bounce rate, traffic source, etc.
Advertisement
Advertisement cookies are used to provide visitors with relevant ads and marketing campaigns. These cookies track visitors across websites and collect information to provide customized ads.
Others
Other uncategorized cookies are those that are being analyzed and have not been classified into a category as yet.
SAVE & ACCEPT
Powered by